Top Things to Know Before Moving to or Living in New Haven, CT (2021 Guide)

Are you thinking about relocating to New Haven, CT? Here are the most important things to know before finalizing your big move. 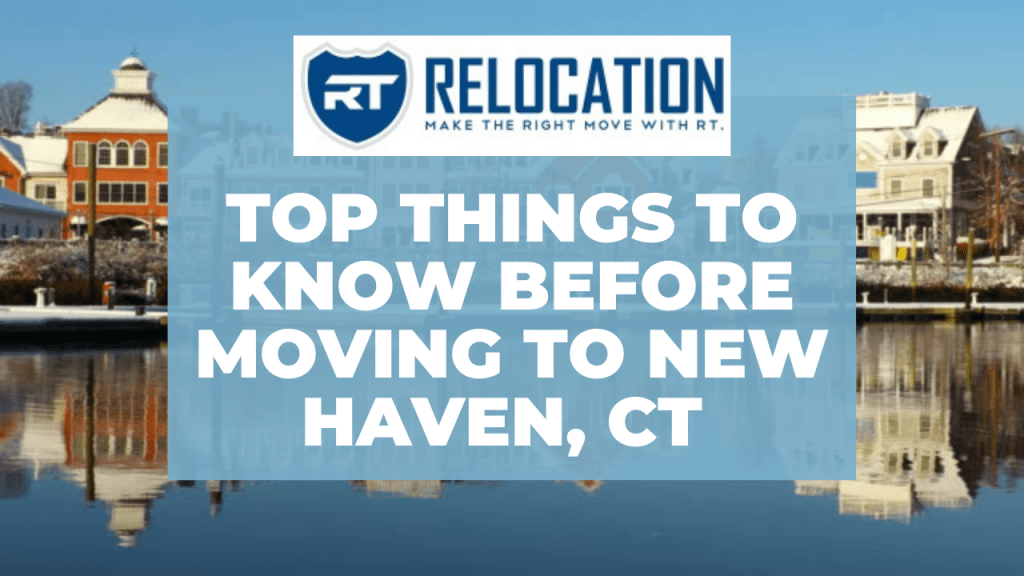 Living in New Haven, CT: What to Know Before You Move? New Haven is nicknamed the “Elm City” because it was the location of the first tree planting program in the United States. This Ivy League community has a median housing price of $196,600 and a median household income of $41,142.

Founded in 1638 by English Puritans, New Haven has become a bustling university town, but it also makes a great home for young professionals post-college.

According to PayScale.com, the cost of living in New Haven, CT is 23% higher than the United States national average, but it is still quite reasonable for Connecticut.

Housing costs actually fall below the national average while utilities and transportation cost are among the highest expenses for homeowners.

The median home price in New Haven is $467,409 while healthcare is slightly more than the national average.

Healthcare costs are approximately 17% greater than the national average.

The quality of life index on numbeo.com scores New Haven at 178.61. This rating factors in several components including safety/crime, cost of living, and overall purchasing power.

New Haven’s climate is characteristic of the northeastern United States, with hot and humid summers and cold winters.

Tropical systems can occasionally strike the New Haven area and cause heatwaves and exceptionally hot temperatures.

TimeandDate.com lists New Haven’s summer averages in the high 70’s to low 80’s, with winter highs in the low 40’s and high 30’s.

If you are a business looking to call New Haven home, just visit their website at NewHavenCT.gov for information about permits and licensing.

The rate of violent crime is higher than in surrounding towns, but it’s also centered in a few specific sections within New Haven. Neighborhoods like West Hills, West Rock, East Rock, and Fair Haven East are among the safest in the area. The area around Forest Road and Fountain Street is rated the safest section of town.

Regardless of your lifestyle, living in New Haven presents many terrific opportunities. There are several fun neighborhoods within close proximity to each other. There are several great cafes and entertainment options, mixed in with some old New England architecture for those who like historical visuals.

An urban neighborhood located on the eastern portion of New Haven Harbor, The Annex is primarily residential with a population of 3,808. Way back in the 1880s the neighborhood was removed from the town of East Haven and annexed as part of New Haven.

Named for its glorious cedar trees which lined the community in 1665, Cedar Hill was occupied by one of the earliest European settlers named David Atwater.

It’s next to the Quinnipiac River which runs along the eastern portion of New Haven, and it’s bordered by I-91 to the south. Highway 5, also known as State St, forms the western border of the neighborhood.

With a population of just over 6,000, it’s a small community that’s just a stone’s throw from downtown New Haven. If you have plans for the evening or want access to more activities, downtown is where you’ll need to go. However, there’s a popular spot for local concerts called Toad’s Place.

Local schools include Wexler-Grant School and Hillhouse High School. For those who want to spend some time outdoors, Scantlebury Park is the place to hang out.

Most Dixwell residents are renters, due to a large university population. Median rent is $1,024 while the median home value is $183,589.

The center of New Haven offers a fun confluence of working professionals and university students. With several office spaces and workspaces as well as popular shopping centers, like The Shops at Yale, there’s something for everyone.

Downtown New Haven has some amazing restaurants, theaters, and art galleries that help bolster the city’s image as the cultural hub of Connecticut.

Schools in the area include Worthington Hooker School which scores an 8 out of 10 on greatschools.org. Other public schools include Amistad Academy Middle School, Cooperative High School, and the public charter school Booker T. Washington Academy.

The downtown area itself spans southward from Hillside and Edwards Place towards Martin Luther King Jr Blvd with several grade school as well as Yale University close by.

One of the most famous eateries in the area is Louis’ Lunch, the home of the first hamburger. There are also some great pizza places and gastropubs you’ll enjoy too.

If you are a young professional or Yale University student, downtown New Haven is a place to embrace.

A cyclist’s paradise, East Rock has a long city bike lane that runs along its main road, Orange Street. The community is home to many Yale students and staff members while also attracting young families and professionals.

In recent years several businesses were established along Orange St that include fun local coffee shops and markets.

With large-scale growth around Yale University, the neighborhood has seen rapid expansion. Many of the university’s graduate students reside here.

The neighborhood has a median home value of $339,514, one of the highest in Greater New Haven. Renting is a more affordable option in East Rock, with a median price of $1,395.

Making up the western portion of New Haven, Westville sits west of the West River and is bordered by the Amity, West Rock neighborhoods, and the city of West Haven to the south.

In addition to having a portion of the Yale campus within its borders, Westville is home to the nation’s third oldest independent private school, called Hopkins School.

The New Haven Public School District has stellar graduation rates (upwards of 80%). GreatSchools.org gives Worthington Hooker School an 8 out of 10 rating as an elementary school. Meanwhile, Amistad Academy and Elm City College Preparatory School both scored 5 out of 10s.

Southern Connecticut State University has one campus located in New Haven, which also borders portions of Hamden, Connecticut. It was founded in 1893 and has been governed by the Connecticut Board of Regents for Higher Education.

The college ranks 121 on the list of Regional Universities North according to U.S. News & World Report. Their speciality programs are nursing, teacher education and liberal education.

The famous Ivy League institution is the 3rd oldest in the United States and also ranks 3rd among U.S. national universities. It was chartered back in the early 1700s, before the American Revolution.

Yale University has an acceptance rate of just under 7%, making it one of the most selective institutions in the world. A degree from Yale is achieved at an average of six years. In its history, the university has amassed quite a resumé of successful individuals. It has 65 Nobel laureates, five U.S. Presidents, and more than 30 living billionaires.

This prestigious university is one of the reasons why New Haven is the cultural capital of Connecticut.

The Yale Center for British Art is a public art museum and research institute that contains the biggest collection of British art outside of the United Kingdom. There’s also the Yale Peabody Museum of Natural History which is set to re-open in 2024.

UNH is a private university located in neighboring West Haven, CT. It sits on more than 200 acres of land and houses 48 campus buildings.

Getting around town is a breeze using New Haven’s public transportation options. The CTB, or Connecticut Transit Bus can pick you up at several key locations throughout New Haven. These buses will stop every 2 to 3 blocks and help you get to the Metro-North station for Amtrak which can take you to several metro areas. Living in New Haven, CT gives you many convenient travel options. Metro-North trains will take you from the city center to New York City in about two hours, or north to the Bradley International Airport. You can go from New Haven to other New England cities within a few minutes. New Haven’s residents feature many commuters who like the area for its easy access to other parts of the region, like Boston.
The main freeway through New Haven is I-95, but I-91 also crosses the city near its southern tip.
For those who enjoy long walks through the city, New Haven fits the bill. Here are some of the best walks to enjoy, weather permitting.

Utility providers in Greater New Haven have been serving the community for many years.

Spark Energy: Spark Energy serves much of the New Haven area and also gives an extensive amount of resources on their website for energy conservation.

New Haven is the place to go for great golf courses, restaurants, boats, fishing spots, and even ski areas.

There are several historical museums, centers for exquisite art and more.

Here are several more things to do in New Haven that you can enjoy with family and friends.

Who to Hire When Relocating to New Haven, CT?

Once you’ve decided to relocate to New Haven, CT, the next step is to hire a reputable moving company.

Contact RT Relocation for a quote and begin your moving process.